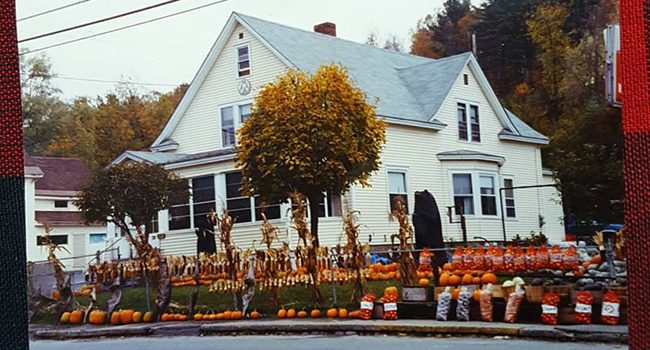 Growing up with roots in the farming community is something that I’m proud of. My great Grandfather owned the biggest dairy farm in Vermont at one time. My Grandfather grew up on that farm he also continued to grow produce after his father passed. Him and my grandmother owned and operated a small grocery store. My great grandmother on my grandmothers side was a Chef. She used to operate a small restaurant at the same location as the grocery store. It was called the Wee Hoo’s. This was also the name of the store to carry on the legacy. She was like me. Prior to owning the business she was a traveling Chef in her youth. It also just so happened that her name was Mattie. My grandmother was thrilled when I said this is what I wanted to do. When I was in the third grade is when I made that decision. Once I did, she always held me to it. To this day I don’t know how or why I made that decision. Perhaps it was destiny. #CheesyIknow

When I was around four years old my parents moved back to the NEK from Burlington. When I was seven years old my grandparents decided to retire and close the store. I have foggy and yet great memories of being spoiled with getting to choose whatever I wanted in the store.

Shortly after my grandparents closed the store my uncle decided to sell fresh produce and utilize a garden that was in the family for decades. My uncle also would travel to Montreal consistently to bulk up his produce options. After a while his operation would grow. He was set up in St Johnsbury & Lyndonville Vermont as well as Lincoln & Littleton NH. He gave troubled youth the opportunity to help expand his business.

From the time I was eight my brother and I were helping him in the garden. We both preferred selling vegetables with him. We also got a chance to do that. It was a treat to join him on his trips up North to Montreal. We went to farmers markets in the early morning hours. Watching him wheel and deal was pretty impressive when I now reflect on those memories.

As I grew up I always had the chance to make a little extra money helping him out. To be honest I didn’t always have the time with sports and other obligations. But it’s cool to reflect back and think of talking to my Gram while she was rocking in her chair. My grandfather could be caught in the basement secretly making hard cider while hiding it from my gram (teetotaller) while antique bear traps were dangling from the ceiling in his work shop. In his spare time gramp also liked to carve bears with his chainsaw.

Back then it was an innocent time. Organic food was just food. My grandparents kind nature was always felt. My uncle was a prankster and liked to get reactions from people. He always found his way into the picture. (Perhaps I’ll save some of those amazing stories for other blogs). It was a place where my family was always present. By no means was Haute Cuisine going on. But the abundance of the simple things in life where everywhere. The only time I ever saw my grandparents argue was over a peanut butter and jelly sandwich.

Going on trips to gather drinking water from a spring, shelling peas in the spring time, picking strawberries & husking corn in the summer, witnessing the harvesting of squash and pumpkins in the fall. Then you had the preserves. We never wasted. Gram used to preach! Waste not want not.  It’s awesome to know that my siblings, parents as well as friends will always have fond memories and stories to tell and pass down to future generations.