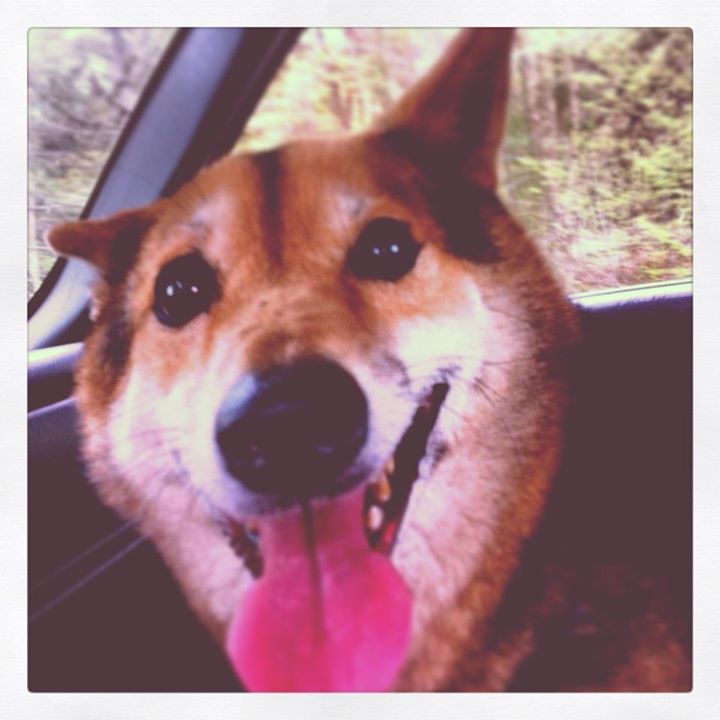 I’ve got a Shiba inu. I got her at the pound eleven years ago.  Prior to going to the pound I didn’t have any understanding as far as the breed goes. What made me decide to get Tiko was her strong independent nature. When we first meet I grabbed a stick and told her to fetch. She looked at me and sneezed, I’m pretty sure she even through an eye roll in, or at least I like to think so. Personally I think of that as a good trait. Even though it would be nice every once in a while to have a dog that wouldn’t act like jerk, I wouldn’t have it any other way as strange as that may sound.

I remember doing some research on the breed once I got home. At the time I lived outside of Vail CO. It was a summer night. She was prancing around the apartment like I owed her something. In my research I found that the bread was loyal, independent and bold. It also mentioned the frustration the dog would bring if you didn’t have a sense of humor. Basically the article was saying that Tiko found a new human. It didn’t take long before I realized how accurate that article was. Back then and years to come her favorite hobby was getting off her leash and tormenting me. It was kind of her version of playing hide and go F yourself. In the last few years she has calmed down as far as that goes.

When I moved back East Tiko had a small space right behind me. At the time I had a good friend with me sitting up front. Tiko was judging us throughout the trip. At some points it became comical. She didn’t stop staring at me the whole ride. In this road trip the three of us ended up right around the corner from a guy in Lincoln Nebraska who got shot. After that traumatizing experience the next day the levy on the Mississippi river broke and sent us on a six hundred mile detour. Throughout this adventure Tiko enjoyed marking territory throughout the country. We went on a lot of brief walks. We managed to keep each other in good spirits. We even got to see touchdown Jesus. So that was a fun walk.

Since being in Vermont Tiko has enjoyed the landscape and the change of the seasons. She is always thrilled in the winter during the first snowfall. She also loves foliage. She has had the luxury of living on the lake. Not to say that Tiko likes to swim.. It has more to do with the lifestyle. Yes, a complicated little beast indeed.

Whenever I’ve been doing a project as far as opening a restaurant or operating a restaurant Tiko has had time to hang out in the shade from time to time. Her palate has evolved. My favorite story is when she got hooked on room temperature truffle fries. When I realized this was the case, Tiko was refusing to eat fries unless they were seasoned properly. A lot of people were amazed by a dog being such a snob.

In the last nine years Tiko has eaten very well. Tiko will not eat just anything. I’ve managed to have a picky dog. Yes, she’s got it pretty good. For her sake it might be better if I ran marathons on the side and loved bringing her along or perhaps I could hire her a personally trainer. All and all she knows how good she’s got it.

Random quick fired Recap and a few surprises on behalf of Tiko.

I am better than you. I like long walks on the beach, bacon, running away, truffle fries, mani-pedis from random girls, killing squirrels, again BACON, beating the snot out of larger dogs, prime rib,sneezing condescendingly, sleeping under beds. Sometimes when I feel underappreciated, I fake heart attacks or asthma. I’m easily entranced by other women applying makeup. I’m bold, loyal, independent, stoic and if you mess with people close to me I’ll burn your face down.

The daughter of someone who just wrote this ridiculous shit.

Thank you. Drive through..

The term Box of Rain came back from when I had Timbuktu’s Bar and Grill. At the time I named my dishes after songs and other random sayings. Sure, plenty of sarcasm was thrown all over the menu. It was an interesting time indeed. Yes it has to do with the Grateful Dead song.

Eight plus years ago I was doing a lot of research and development and came back from a trip. This dish inspired me to not play it safe. When I did put it on the menu some people were thrown off by it, but if they ordered it, it was always well received. Before this dish I couldn’t tell people what my signature dish was. The customers determined my fate as far as that goes. To this day I still get emails and texts from people asking how to make it.

The Box of Rain makes appearances on the menu. A lot depends on the quality of the brussel sprouts. If they are looking a little haggard I don’t push the envelope regardless of the demand.

Inspired by a True Story 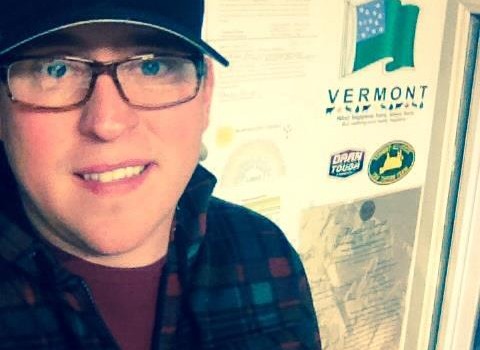 The reason I developed the Cubano Sandwich as a feature on the food wagon was because of it’s popularity as something that was unique and affordable. With the Cubano the bread is made from scratch as well as the golden glow pickles. The Ham is Mckenzie Maple Ham. The apple cider braised Pork shoulder is prepared on premise & sourced from a local butcher. The cheese is cabot swiss. Also the mustard is Jed’s spicy maple. This is pressed and often served with truffle fries, chips and sometimes a variety of seasonally inspired salads.

The objective of having this sandwich is that it allows me to feature the local ingredients where they can play a roll with representing the area. This sandwich is very popular in southern Florida as well as many restaurants from all over. Working with our resources is what makes this unique for me and my customers.

Most Chefs do not enjoy cooking for kids. Getting kids to enjoy food that isn’t processed has been tough in the past. Good examples would be Mac & Cheese, I’ve found that a lot of kids enjoy Kraft verses homemade. Then I think of processed chicken fingers. Kids that I’ve served in the past have expected that.

In the last few years I have noticed a shift. More parents have introduced real food to the day to day consumption of food. Kids palates are a fun challenge. It’s almost uncharted territory when serving some of them real food. On the other hand some kids have been eating real food all along. To them it’s just another good meal. Alright back to the kid who has been eating chemically sealed and engineered food. It’s like messing with yourself in some ways. Most of us eat that shit growing up. I sure did. Eating easy to be prepared food was like muscle memory for a while. Know it just tastes like plastic to me. So I’ve got that going for me which is nice.

Basically most kids do not like change. They don’t like to eat food that isn’t familiar. They also don’t like to be forced to eat anything. Trickery towards my pitch to get them to give it a shot is all I’ve got. Sometimes I surprise myself, when I can get a kid to like something most kids would otherwise scream at feels good.

Kids typically have no problem telling you that they don’t like something. I can respect that. Perhaps that’s because they are innocent, tired or even other politically incorrect words.

Spicy & bitter are no no’s.  Who would have thought.. Seasonings can work against you in a different variety verses cooking for adults. Figuring that out should a trip seeing how taste buds typically evolve. Overall the little palates can’t handle certain things. So stunt doubling my friends food and their kids food typically isn’t going to fly. But sometimes give it does work. Raw tuna. Not so much.. But offering it is always worth the facial expression.

Luckily I’ve got some kids that don’t have parents flipping the bill. (in case you were wondering). Other than that I play it safe with what I have seen work. Having a substitute snack is a good go to. kids need to eat incase the experiment doesn’t work out. Fresh fruit works. The natural sugars should do the job. A little protein will be a good go to. It’s also a good idea to pitch something that you enjoy eating. Just incase the scream fest in sues.

When I first started thinking about kids more carefully as a Chef I was working in a country club in Colorado. The owner said we were going to give kids carrots and celery sticks with ranch dressing as soon as the table sat down. It worked amazingly. The kids were occupied and the parents could relax. It was healthy. It also didn’t effect the other peoples meals by the kids running around like animals. That’s when I really noticed how important these kids are. You just have to keep them happy or they will ruin it for everyone if you let them. I remembered thinking “why isn’t everyone doing this”.

More recently I’ve been thinking about how food helps & effects kids. When a kid has balance with eating quality  ingredients that kid has a head start verses a kid who eats processed food. Yes, it seems like common sense. It would be clutch if more people could look long term as far as a kids future. Eating shit food is going to create a pattern of learning disabilities, bad health and so on. It doesn’t take a doctor or a Chef to see this, but it does take a corrupt society to discredit primitive food to benefit corporations who increase profit margins by making kids and adults sick and dumb. Wow..  I’ll wrap it up. I’ll go back to my truffle oil & raw sugar.